Why PepsiCo India filed a lawsuit against farmers for cultivating potatoes?

“True inventors do not sit on their inventions.” ― Kalyan C. Kankanala

The snacks and beverages major PepsiCo’s recent decision to sue a handful of farmers in the western state of Gujarat for cultivating its registered variety of the potato have put the spotlight on the company’s brand image. It has sought Rs 1.05 crore ($150,000) each from four farmers for cultivating the FL 2027 potato variety, commonly known as FC5, grown exclusively for PepsiCo’s Lay’s chips. The variety is considered superior because of its lower water content (80%, compared with 85% for other varieties), making it more suitable for processing.

In an Ahmedabad commercial court, the company claimed it is the registered breeder of FC5 under India’s Protection of Plant Varieties and Farmers’ Rights Act, 2001 (PPV&FR).

Potato is one of the 151 crop species open for registration in India under the PPV&FR Act. As of February 2019, up to 25 varieties have been granted IPR to various companies in India. This confers exclusive rights on the breeder to produce, sell, market, distribute, import, or export them.

We used our social media management software, myRosys, to analyze social media conversations around the decision of PepsiCo to sue four farmers and analyzed the user sentiments. Here are our findings: 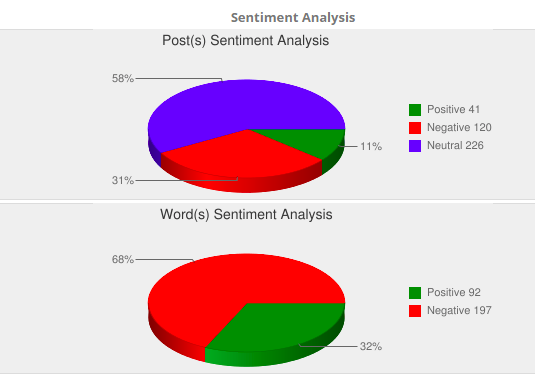 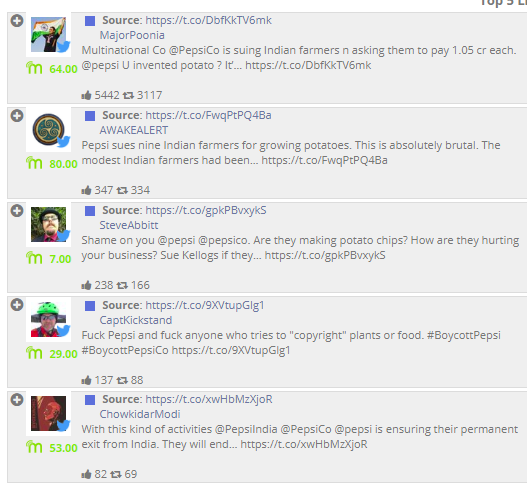 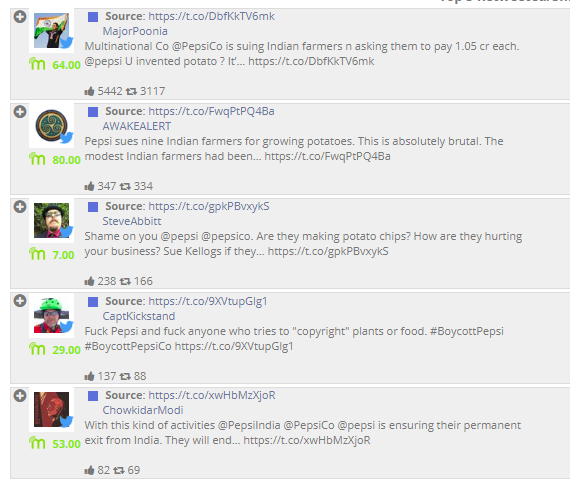 This recent alleged patent infringement case has triggered a backlash from farmers and political parties alike. PepsiCo India offered an out-of-court settlement during a hearing on April 26, 2019. However, this offer comes with a rider. The company wants farmers to commit that they would not use the patented variety of potato seeds in the future for other companies.