Drones inspection – The future of our society!

“Drones overall will be more impactful than I think people recognize, in positive ways to help society.” – Bill Gates

Unmanned aerial systems are being used for assets inspections by a growing number of industries throughout the world. Using drones for asset inspection provides a number of substantial improvements over the traditional inspection methods, including benefits to safety, efficiency, and data quality.

We used our social media management platform,myrosys, to analyze social media conversations or buzz around drones and drones industry and analyzed the user sentiments. Here are our findings:

Sentiment Analysis of the posts shows a neutral sentiment of users, whereas word sentiment analysis shows a positive sentiment. 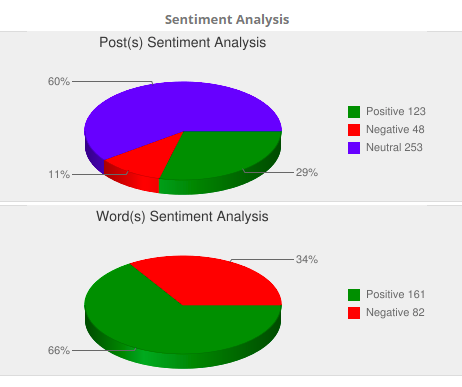 Top retweeted posts show that there is a little buzz around Drone industry on Social Media.  In these conversations, people usually talk about government initiatives and the steps taken to promote this industry. 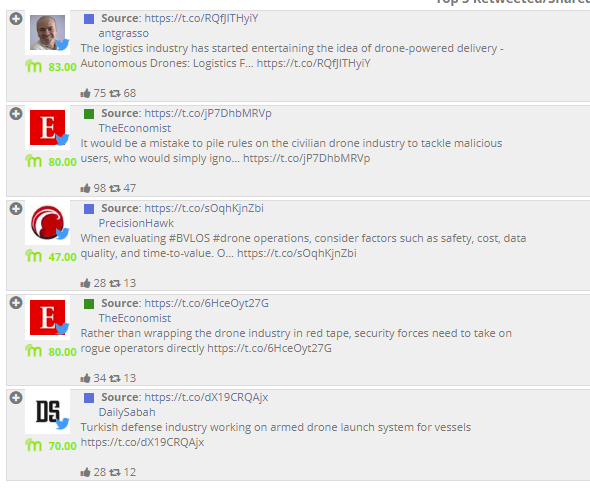 UAVLancer is a first of its kind marketplace for drone-based services works on ethereum based blockchain technology.