What does Social Media think about Google’s decision to shut Google+?

“Google is my best friend and my worst enemy. It’s fabulous for research, but then it becomes addictive. I’ll have a character eating an orange, and next thing I’m Googling types of oranges, I’m visiting chat rooms about oranges, I’m learning the history of the orange.”- Liane Moriarty

Launched in 2010, Google+ was Google’s attempt to create a social media platform to beat facebook after the failure of Orkut, which was launched before Facebook. While it may not have been as successful as its competitors, Google+ still had a dedicated following because perceived impact of Google+ on SEO.

We used our social media management software, myRosys, to analyze social media conversations around the shutting down of Google+ and analyzed the user sentiments. Here are our findings:

Sentiment Analysis of the posts shows a neutral sentiment of users, whereas word sentiment analysis shows a negative sentiment. 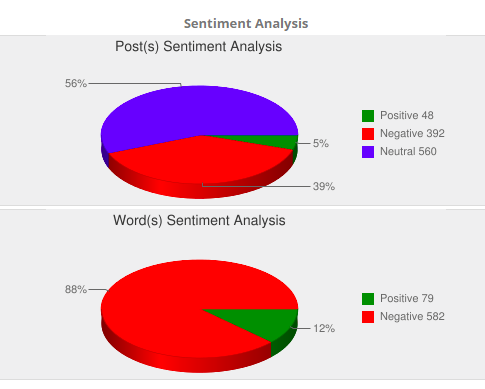 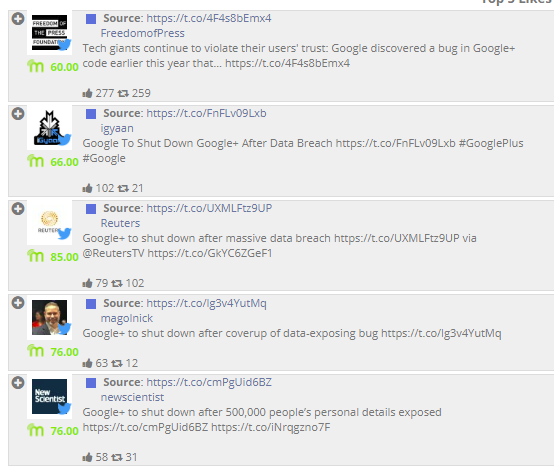 Top retweeted posts show people are very unhappy with the data breach news first from Facebook and now from Google. 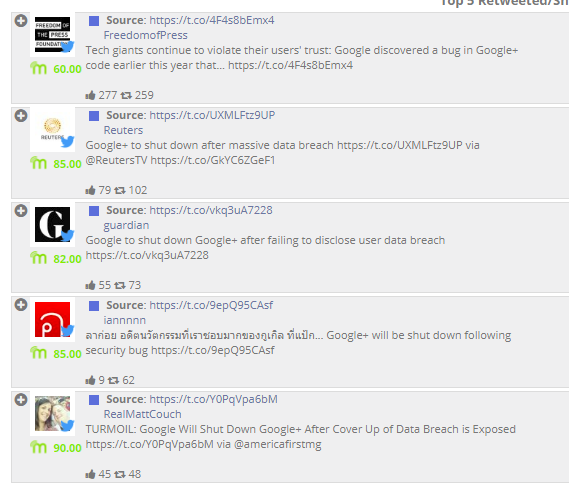 People use Google and related services in their everyday life, but the recent data breach which is now exposed will decrease their trust in Google for sure.